Broccoli – You'll be Green With Envy!

The Broccoli that I have been harvesting over the last 2 weeks has been big enough to turn any veggie grower green with envy!  It has been the best crop that I have ever produced since I moved into the Hunter area and established my veggie patch seven years ago.  The freshness and taste of the just-picked lush green heads has been absolutely brilliant.  I harvested 2.8 kg over a two week period including one head that was a whopping 881 grams of nutritious green goodness. 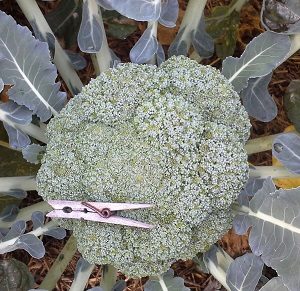 I really want to get these results again next season and I reckon that there is a good chance I will, if I follow what I did this year.   I learnt a lot from keeping a good record of what happened throughout the growing season and I want to share what I have discovered.

The Season:  It was a warm summer with higher than normal temperatures that lasted deep into the autumn.  Therefore warm season varieties worked well.

Preparation:  Into a bed of three square metres of sandy soil I added a bag each of cow manure and chicken manure, a mug full of blood and bone and a couple of handfuls of lime to ensure that the pH was around 6.5. The previous crop in the garden bed (sweet corn) drained the bed of nutrition and I had to be a bit heavy handed with the preparation.  A sugar cane mulch layer was added to help with weed and temperature control.  Drippers for irrigation under the sugar cane were used daily for moisture. 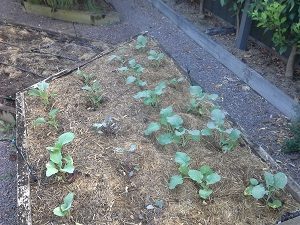 Varieties:   I tried 2 different varieties to see which was best for the summer planting in my patch.  Summer Green and Green Emperor.   The seed packs claimed that Summer Green was a good warm climate variety and Green Emperor could be planted in summer.  I grabbed the seed from the local garden centre.

Sowing and Planting:  They were sown into pots 23rd of January and planted 5 weeks later into the prepared bed.  They were covered with a shade cloth for a week until the plants started to grow. 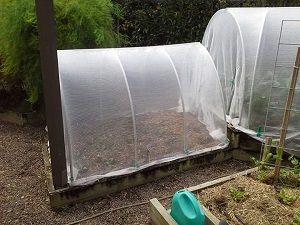 Pest Control:  I constructed an insect mesh over the top of the small plants. But because I was a bit late to cover them, a few caterpillars had established themselves so I used Eco-oil spray a couple of times to get rid of them.

Fertilisation:  Every 3-4 weeks they were given a dose of liquid fertilizer during the growing period.

Harvest Results:  Summer Green – A real winner!  I harvested four heads from the six plants I put in.  Brilliant crop that produced 2.3 kg with the biggest head coming in at a whopping 881 g!  Green Emperor – Not so good, three heads were harvested from five plants, with a result of a not so impressive 502 g. 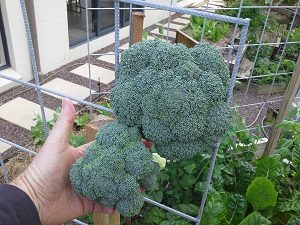 Next year: I would repeat the soil preparation regime and also the timing of the planting.  To protect the crop better, the insect mesh needs to be in place from day one because the white butterflies are very active throughout the entire growing season.  I would use Summer Green again without any hesitation at all, but would give Green Emperor a miss.  I will plant six or seven Summer Green and try another variety for comparison.

So that's what I did to get a great crop.  I would be interested in knowing of your warmer season experiences and which varieties worked for you.  I plan to beat the 881 g mark next season and I challenge anyone who is game to give it a go as well. 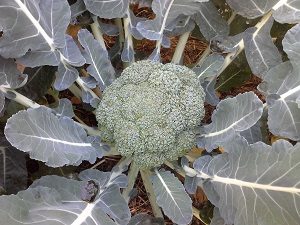