Perils of a Summer Veggie Garden

In spite of the rather variable weather, it still has been a pretty good summer in the patch and it's been producing some great veggies.  I have had couple of 40 degree days this season, as well as some contrasting periods of cold 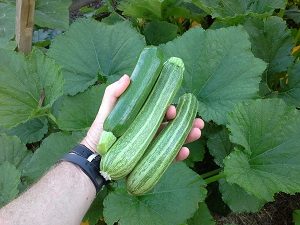 temperatures.  There has also been wind and over 300mm of rain that was dumped in a couple of days.  A tough season all round I reckon -  and it's not quite over yet.

My wife complains every day, "There's another zucchini in the garden!" They have been one of the best producing crops for me this summer, along with Cucumbers.   It has been a tough job working out what to do with the copious amounts that kept on coming day after day, but I managed. 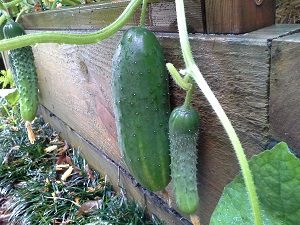 Other than eating them fresh, I have got jars of Cucumber pickles and Zucchini relish stashed away in the pantry and the freezer has enough grated frozen Zucchinis waiting to be turned into heaps of winter vegetable soup. I managed to even offload a few to neighbours as well. 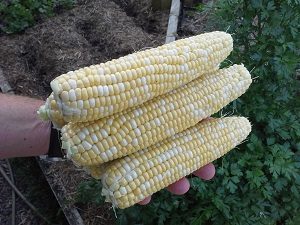 The Sweet Corn really loved the heat and rain that has been around this season. The first two plantings have all been consumed with gusto, and the third is flowering at the moment.   It grew tall and produced good sized cobs that have been a delight to eat, nice and sweet. Unfortunately the fourth and final planting rotted as it was germinated because of an excess of rain and I reckon it's a bit late to try again.

Another excellent crop has been the Basil, very lush and very few insects have eaten it. It has been turned into Basil Pesto and it's in the freezer in one-meal-sized serves. 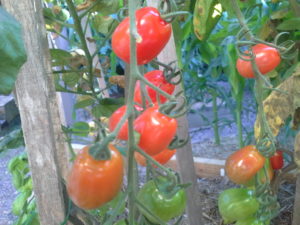 Up until the downpour that arrived in the first week in January, the Tomatoes were doing OK. To be honest, the crop was not as good as I was hoping for but I still harvested plenty of them. As soon as the rain hit, the crop was over.   The remaining tomatoes split, the plants were attacked by fungus and they were not worth saving. It was nearing the end of the crop anyway so I am not too disappointed. I will give you a full report about the results of the Tomato season in coming weeks in a future blog piece. 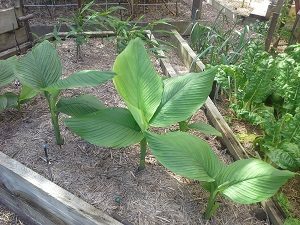 Some crops that did well were Bush Beans, Silver Beet, Lettuce and Spring Onions.   A good thing was that I got all of the Garlic harvested before the bulk of the summer rain.   Unfortunately the pumpkins were hit hard, most of the flowers rotted during the rain and the plants are having a hard time recovering. There is fresh growth starting and I am hopeful that I will still be able to get a few good Pumpkins.

Although it has been a hard growing summer, some crops are just loving it.   The Sweet Potatoes, Turmeric and Ginger are thriving in the heat and humidity, and they are growing fast. Hope the harvests in coming months live up to the potential that I am seeing right now. 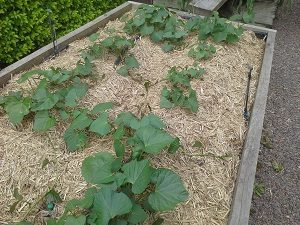 I reckon that the summer months are the hardest months for a Veggie Gardener in our climate. The extremes of weather can make it hard at times. Plants can be easily scorched, seed can dry up before germination, summer rain and humidity will make plants rot if you don't watch out, and there usually are sudden outbreaks of pests and diseases.  Although it can be frustrating and unrewarding at times, it can also be a  season of fantastic rewards.

So, that's my Summer garden so far this year.   I now find my mind thinking and planning about the Autumn garden and what I can plant. I have some empty beds that I am itching to plant in.   Better get to it and order some Carrot, Beetroot, Cabbage, Broccoli, and Cauliflower seed.   What else should I plan for?